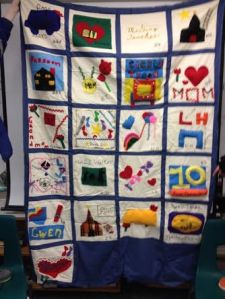 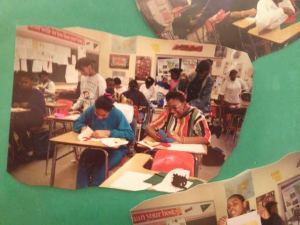 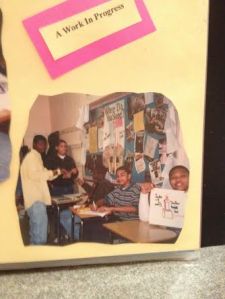 I was feeling frustrated and burned out after five years of teaching in an urban middle/high school. Looking for ways to rejuvenate my mind and my practice I began turning to the idea of joining teacher networks. There were three networks that provided the spark that I was looking for – Seeking Educational Equity and Diversity (SEED), The Philadelphia Writing Project (NWP), and the Coalition of Essential Schools (CES). This blog entry focuses on my experiences in SEED and intertwines that with the collegiality I experienced while being a part of a team of middle school teachers. I am forever indebted to the teachers in these networks, with a special recognition to Judy Logan and Emily Style in SEED, and the teachers that were part of the team in Strawberry Mansion Middle/High School.

Part of the reason for writing this blog was to reflect on my 31 years of practice in urban schools by highlighting some of the positive results that can be evidenced when students are given a voice in developing daily classroom practice. I hope that readers will find this blog entry displays some of that evidence.

When I went through the SEED Summer Workshops one of the books we read and discussed was Judy Logan’s “Teaching Stories”. I devoured her book and it was always one that I included in the SEED workshops that I facilitated in my school district. The first chapter (the story of two quilts) was one that I could not shake from my thoughts, so I brought the idea of constructing our own quilt to the team of teachers at Strawberry Mansion. My colleagues were enthusiastic and we began planning how we could incorporate the making of a quilt into our shared practice. Since we were teaching in an urban school that had little or no money for any kind of special projects (we could not even get our hands on basic supplies like paper, pencils, and books), we decided to undertake a quilt project and finance it ourselves. I wrote about this lack of funding in a previous blog entry titled ‘The hidden costs of teaching in an urban school’. There were six of us on the team – a house director, a Math, Science, History, Spanish, and English teacher.  We had to decide when to do the quilt work during our scheduled day. One of the ‘benefits’ of teaching in an urban school is that the administration tends to leave teachers alone if there is a perception that you are ‘teaching’ – this usually translates to meaning that your classroom is not seen as a site of chaos or disturbance in the hallways. Our team qualified in that regard. More recently, this ‘benefit’ has disappeared because of the insane focus on standardized tests, the shaping of curriculum to ‘teach the test’, and the constant monitoring of teachers to make sure they are teaching to the test.  Our quilt project happened before this nuttiness took over the curriculum.

We still had our problems – we wanted to include as many students as we could so we could not just take one class period a day to dedicate to the quilt. I don’t recall the details, but I do remember that we manipulated the schedule, using our prep periods to provide extra time to work on the quilt. We essentially ‘misrepresented’ our daily schedule to the administration and found ways for at least two teachers to be in the room with students in a single period. No one even seemed to notice our altered schedules! We wanted students to research and write about the person they would choose to represent on the quilt. At first the choices were more global – Rosa Parks, Madame C.J. Walker and a local African American newscaster in Philadelphia. We wanted the students to also think about their own family stories and when we opened up that possibility many students began choosing parents, siblings, relatives, neighbors, and even their selves. This gave us an opportunity to examine oral histories and primary source research – things that we were also using in our respective academic classroom practices.

There were other revelations that happened. Girls began to value their ability to plan out their quilt choices and reaffirm that they were indeed good writers. Boys discovered that sewing was not just an activity to be left for the girls, though this lesson took some time. It was helped along because teachers also developed and wrote about people to be put on the quilt and, in my case, boys had an opportunity to see that males could sew (or at least make an honest attempt)! There were also lessons learned about failure – first attempts were not always successful, but it was OK to try and try again, asking for help when needed, until the quilt patch became a point of pride. I must admit that my poor sewing skills helped a lot in teaching this lesson about failing and then trying again and again.

I have included photos of the final quilt that was displayed in the school and the community after its completion. The quilt project serves as a realization that there can be many ways to envision urban schools as sites where teaching and learning can take place, even under distressing financial hardships.